Dimmable LED panel lights are starting to get popular these days, mainly because of the flexibility they offer. Dimmers make it possible to alter the atmosphere in a room; after all, lower light intensity levels are known to add drama. They could also heighten the effect of strategically-positioned lighting. That is why these light panels are suitable for various applications, ranging from formal settings such as offices, conference rooms and hospitals, to settings that could use ambient lighting such as bars, hotels and residential buildings.

Dimmer Mechanisms
Mechanisms for adjusting LED light output levels used to be problematic because when dimmable LED lights first came out in the market, the dimmers used are those for other types of light bulbs, particularly incandescent light bulbs. Back then, the technology is far from compatible. However, newer LED panel lights now utilize very different technology; they now make use of high-efficiency electronic drivers to carefully regulate power supply levels. Dimmable LED panel lights typically come with a constant voltage power adapter, and newer ones are equipped with a constant current driver.

Design
Dimmable LED panel lights have basically the same design as regular LED panel lights. The light source is electroluminescence. Inside a lightweight housing frame that is typically made of aluminum, there are three layers of vital components. There are the LEDs, which serve as the light source. The second layer is an acrylic light guide plate that distributes the light evenly. The third layer is the diffuser which smoothly distributes the light across the surface. These are mounted on solid backing made from aluminum. There is also a reflective panel on the solid backing that enhances the brightness of the light. The best light panels also have excellent heat sink systems for thermal management.

Light Color
LED panel lighting systems are known for the soft glow they give. This pleasant glow and the reduced light intensity of dimmable LED lights can add a nice touch to a room. It is true that color can make a world of difference, but white (warm white, cool white and nature white) is still the most widely used color for good reason. There are LED lighting panels that are available in other colors though; impurities are added to the LED lights during the manufacturing process to achieve the desired color.

Cost Efficiency
Dimmable LED panel lights are cost efficient in two ways. For starters, they are extremely energy efficient; a 6W led light bulb could produce the same intensity of illumination as a 60W incandescent bulb. Heat dissipation is also excellent. LEDs are sensitive to heat and extreme heat could cause performance issues. Excellent thermal management makes it possible for even high power LEDs to remain energy efficient.

LED lights also have excellent life span. In theory, LED light bulbs could have a life span of up to 100,000 hours. However, the average lifespan is 50,000 hours, which is still far better than CFL life spans which are around 6,000 to 8,000 hours, and incandescent bulb life spans of only 1500 hours. 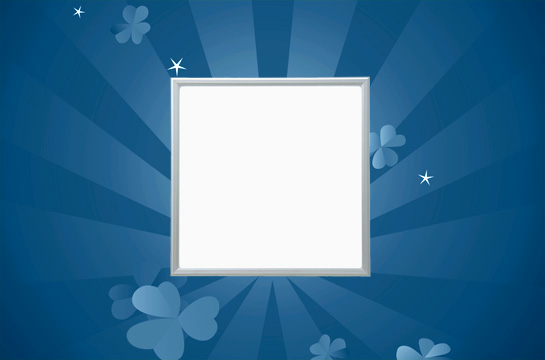