Why are RGB LED panel lights continuing to grow in popularity? Well actually, LEDs or light-emitting diodes, in general, are becoming more and more popular, especially among those who know the advantages of using them over standard light fixtures, also the main reason why the technology that enables LEDs has continued to develop at such a rapid pace.

LEDs are increasingly becoming the light fixtures of choice of the most discerning buyers because of their high energy efficiency, noticeably superior brightness, longer lifespan and environmental friendliness. LEDs consume up to 50% less energy than standard light fixtures, while also providing more brightness through their wide deflection angles that allow LEDs to distribute light more evenly, thus further emphasizing the intense amount of light LEDs can emit.

Furthermore, LEDs are expected to be able to provide light for an average of 50,000 hours, which is many more hours than the average lifespan of standard light fixtures. In fact, that LEDs consume less energy and last longer than standard light fixtures also makes them more environmental friendly as they are less of a drain to the Earth’s energy resources and contribute less to the world’s waste management problems.

Furthermore, LED’s are safer to use than standard light fixtures as they emit considerably less ultraviolet (UV) rays that can result in several complications such as skin and eye damage, in addition to being free of lead and mercury, which are very toxic to humans.

LED panel lights are very easy to install since the measurements of LED panels (usually 2 X 2 feet) allow them to be easily slipped into the standard ceiling grids of dropped ceilings that likewise usually come in measurements with increments of 2 feet, such as 2 X 2 feet or 2 X 4 feet. Definitely, the absence of the need for any carpentry work in the installation of LED panel lights makes them an attractive option for consumers who prefer light fixtures that are easier to install.

The added feature of this type of RGB LED panel light is that it can be manipulated by a user to emit various colors of light, depending on the features built into the particular model installed. The most basic models are built with the capability of emitting red, green, blue and white light, while more advanced models can display an almost infinite number of colors and frequencies of light.

The only limiting factor to the use of an RGB LED Panel Light’s multicolor light feature is a user’s imagination, but basically, it allows users to utilize the various colors of light to set particular moods.

For example, setting an RGB LED panel light to emit a simple white light creates a mood appropriate for getting work done, but when the same panel light is adjusted to emit a bluish gleam, a room transforms to seem more romantic and intimate.

The possibilities for using the multicolor light feature to set different moods are endless, really.

So if you’re choosing what type of LED to install, you might want to consider RGB LED panel lights that have all of the wonderful benefits of standard LEDs but are also extremely easy to install and can create various moods to match particular lighting needs. 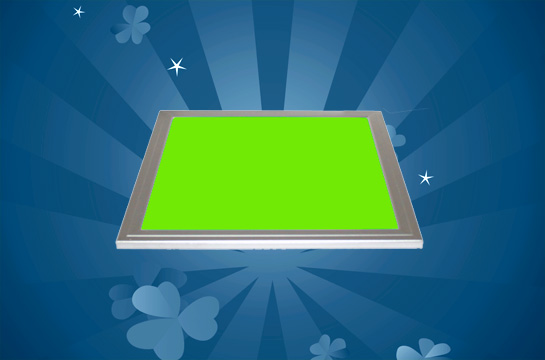